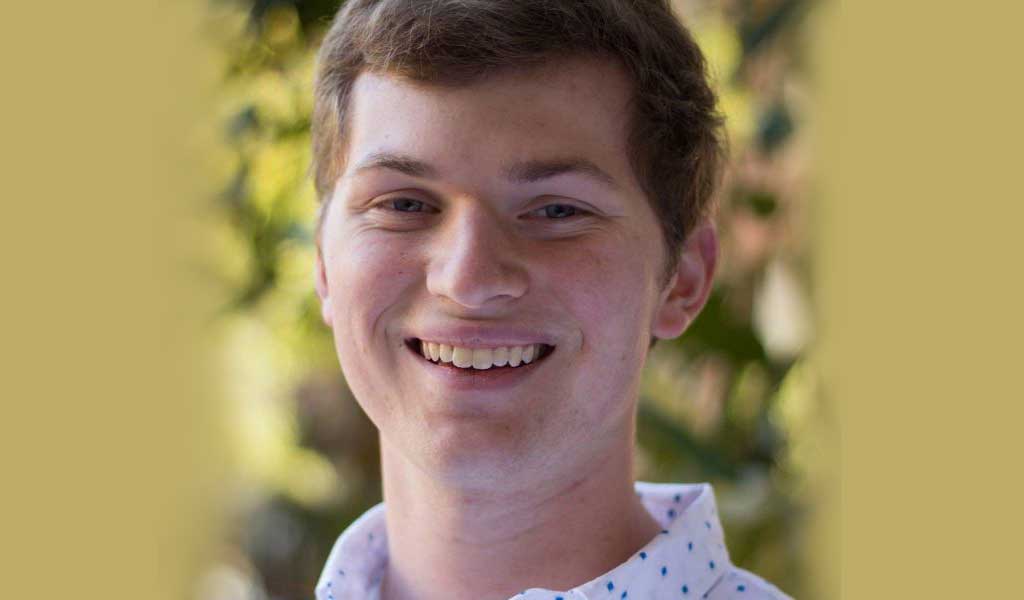 he Transylvania County Schools Educational Foundation (TCSEF) has announced Brighton McConnell, a 2015 Brevard High School graduate, as the 2018 recipient for the Jim Bob and Dottie Tinsley Journalism Scholarship, an award of $1,500.

Brighton is a senior at UNC-Chapel Hill majoring in broadcast journalism. Born-and-bred in Western North Carolina, he has always had a love for writing and public speaking. While at Brevard High School he began acquiring knowledge in journalism from working on the BHS Broadcaster for two years. This experience compelled him to pursue journalism on the collegiate level and led him to Chapel Hill’s journalism school.

While pursuing a broadcast journalism degree, he is focusing on radio and television which he feels is an ideal career path for him because he believes it is a direct way of presenting news and connecting with audiences.

McConnell has been active with the Carolina Connection and 97.9 WCHL, which has furthered his writing and speaking skills. He has also edited copy for the student run newspaper The Daily Tar Heel and contributed to the journalism school’s weekly TV news show, Carolina Week. He has also had his work featured on Chapelboro.com.

The Tinsley Journalism Scholarship was established by the Jim Bob Tinsley Museum and its board of directors in recognition of Jim Bob and Dottie Tinsley. Since 2012, TCSEF has awarded more than $8,000 for this scholarship.

Tinsley was born in Brevard in 1921 and was educated in Transylvania County Schools. His long career entailed many areas of journalism and communications. Tinsley was an author of books on wildlife, a photographer of Transylvania County waterfalls, and a professional country and Western musician. He received many awards and honors for his lifetime work. Tinsley passed away in 2004.

For questions regarding how to support the Jim Bob and Dottie Tinsley Journalism Scholarship, contact TCSEF executive director, Shannon Allison, at (828) 513-0389 with any questions.