2018 Taste of Transylvania Proves to be Best Ever 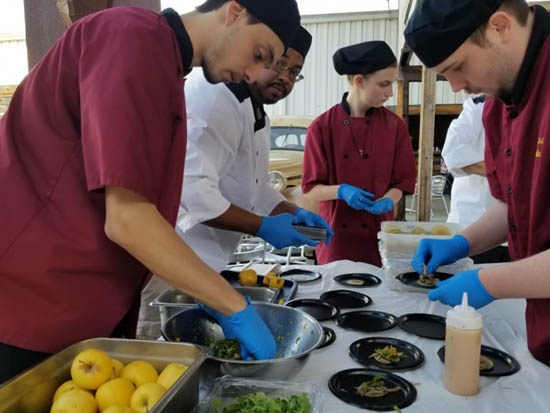 First Citizens Bank in cooperation with the Transylvania County Schools Education Foundation (TCSEF) presented the 7th annual Taste of Transylvania on May 1 at the Brevard Lumberyard. The evening featured some of Transylvania County’s favorite restaurants which served delicious samples of h’ors d’ouevres, entrees, and desserts, an exciting live auction, fun raffle baskets, and live music from the Warren Gaughan Trio resulting in over $27,000 raised to benefit the Educational Foundation.

Again this year, the TCSEF committee invited three judges to taste and to grade each dish based on presentation, originality, preparation, taste, texture, and overall execution. The judges included Rebecca Green, Brevard Middle School teacher and 2017 Teacher of the Year, Liz Carrico, a local nurse and foodie who has experience as a professional chef and caterer, and Rick Hastings, the kitchen manager for Rockbrook Camp for Girls who has over 30 years’ experience as a chef.

After a thrilling live auction that featured two fly-fishing trips donated by Headwaters Outfitters in Rosman and Davidson River Outfitters in Pisgah Forest, as well as Brevard Music Center tickets, a mother/daughter package from Keystone Camp, Connestee Falls Golf, and two Carolina Beach Condo packages donated by Domokur Architects, Kevin Smith announced the ”Best of” Winners. For a return win, the best h’ors d’ouevre was awarded to the Schenck Job Corps Culinary Arts program for their Smoked Duck Confit and Apple hors d’oeuvre. The Pavilion at Key Falls Inn won both best entrée with Old Charleston Shrimp & Grits and the Taster’s Choice award as the overall favorite of the guests in attendance. Finally, Magpie Meat & Three was awarded best dessert for their Chocolate Stout Mini Cupcakes with Blackberry Buttercream. 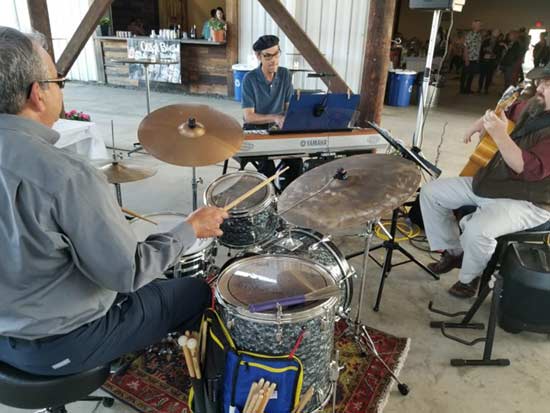 The event also welcomed over 20 Creative Classroom Grant recipients who were available to share with guests some of the creative and innovative projects currently happening in Transylvania County Schools. TCSEF awarded $18,000 to TCS teachers in January 2018 for programs that included Health Models, Microscopes for Veterinary Science, to support an Economic Marketplace for 2nd Graders, support for the visual arts, enrichment clubs and programs, core curriculum and many more.

Funds raised at the 2018 Taste of Transylvania will be used to support grants and activities of the Transylvania County Schools Educational Foundation which is dedicated to the enrichment of educational opportunities for our students and to support the Transylvania County Schools system. The participation with, and resulting proceeds from, Taste of Transylvania has grown each year and TCSEF would like to thank the sponsors, participating restaurants, attendees, and those businesses and individuals who donated auction items.

Taste of Transylvania is held on the first Tuesday in May. For more information or to become an annual member with the Transylvania County Schools Educational Foundation, please visit TCSEF.org.